Davy Jones net worth: Davy Jones was an American singer/actor who had a net worth of $5 million at the time of his death. Davy Jones earned his net worth and fame as a member of The Monkees. Davy Jones died unexpectedly at the age of 66 on February 29th 2012 in Florida.

Jones left behind a wife and four daughters. Jones accumulated the vast bulk of his net worth as a member of The Monkees – but was that as an actor or musician? It's difficult to say, since The Monkees are often considered to be not a "real" band, since they were conceived as the main characters on a TV sitcom. It's indisputable, however, that he began his career as an actor. One of his first major gigs was appearing as The Artful Dodger in Oliver!, the musical based on the Charles Dickens novel Oliver Twist. In an amusing coincidence, Jones appeared on The Ed Sullivan Show with the rest of the Broadway cast of Oliver! on the same night that The Beatles famously appeared. Interesting, since the show that would later be Jones' greatest claim to fame was a sitcom riff on The Beatles. That show was The Monkees, which premiered in 1965, featured many songs with lead vocals from Davy Jones. The "band" disbanded after the show ended, but Jones continues to perform Monkees songs and has even dropped hints of a The Monkees reunion, although it is unknown what form this reunion would take if it did actually happen. 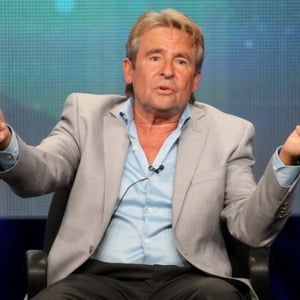