Davido net worth: Davido is a Nigerian singer, songwriter, and record producer who has a net worth of $10 million. Davido was born in Atlanta, Georgia in November 1992. He moved to Lagos at a young age and eventually released his debut studio album Omo Bab Olowo in 2012. Davido released the EP Son of Mercy in 2016.

His single "Dami Duro" was a hit in Nigeria. Davido and his older brother Adewale Adeleke own the record label HKN Music. Davido has produced songs for many artists including Naeto C, Tiwa Savage, and Skales. He signed an endorsement deal with MTN Nigeria and joined up with Guinness Nigeria in 2013 for the Guinness World of More concert. In 2016 he signed a deal with Sony Music and he later started his own label Davido Music Worldwide. In 2016 he signed with RCA Records. In 2018 Davido signed an endorsement deal with smartphone maker Infinix. 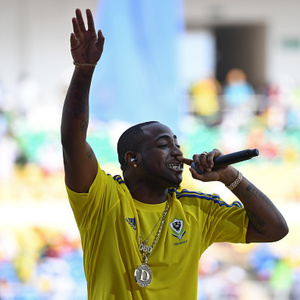