David Rawlings net worth: David Rawlings is an American guitarist, singer, and record producer who has a net worth of $1 million. David Rawlings was born in North Smithfield, Rhode island. He is known for his partnership with singer songwriter Gillian Welch. His musical styles include bluegrass, Americana, folk, neotraditional country, and old time. As a producer he has worked with Welch, Old Crow Medicine Show, and Willie Watson. David Rawlings released his debut studio album A Friend of a Friend in 2009 and released the albums Nashville Obsolete in 2015 and Poor David's Almanack in 2017. He has been featured on the Gillian Welch albums Revival, Hell Among the Yearlings, Time (The Revelator), Soul Journey, The Harrow & The Harvest, and Boots No 1: The Original Revival Bootleg. David Rawlings has also played on albums for Ryan Adams, Bright Eyes, Ani DiFranco, Robyn Hitchcock, Sarah Watkins, The Whispertown 2000, and more. 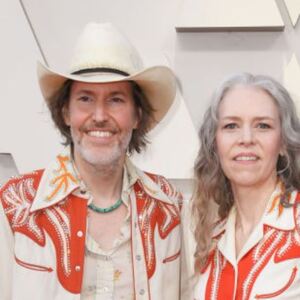