How much is David Phelps Worth?

David Phelps net worth: David Phelps is an American Christian music singer, songwriter, and vocal arranger who has a net worth of $6 million. David Phelps was born in Houston, Texas in October 1969. He is best known for singing tenor for the Gaither Vocal Band. The group formed in 1981 and has released more than 30 studio albums. Phelps released his debut solo studio album Journey to Grace in 1994. He released the albums Joy, Joy in 2000 and David Phelps in 2001. His album Revelation was released in 2004 and reached #7 on the charts. He also released the albums Life is a Church in 2005, Legacy of Love: David Phelps Live! in 2006, No More Night: Live in Birmingham in 2007, One Wintry Night in 2007, The Voice in 2008, O Holy Night (live) in 2008, Christmas with David Phelps (live) in 2010, Family band in 2010, and Classic in 2012. His albums Freedom in 2015 and Hymnal in 2017 both reached #1. In 2018 he released the album It Must Be Christmas. 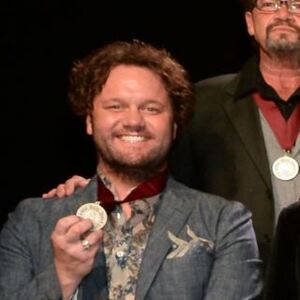