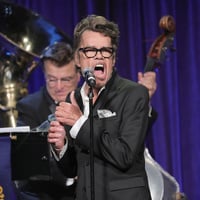 What is David Johansen's Net Worth?

David Johansen is an American singer, songwriter, and actor who has a net worth of $2 million. David Johansen is best known for being a member of the band The New York Dolls. He was the lead singer for the Vagabond Missionaries before becoming singer/songwriter of the New York Dolls. The Dolls were an American hard rock or protopunk band formed in New York City in 1971. They were one of the pioneers of the punk rock scene and their first two albums became very popular in the rock and roll scene.

Johansen used the name Buster Poindexter in the late 1980s and recorded the hit song "Hot Hot Hot". Along with the Uptown Horns he was part of the house band on Saturday Night Live. Johansen also released six solo albums under his own name.

As an actor Johansen starred as the Ghost of Christmas Past in the movie Scrooged in 1988. He also starred in the movies Candy Mountain, Married to the Mob, Let It Ride, Tales from the Darkside: The Movie, Freejack, Naked in New York, Mr. Nanny, Car 54, Where Are You?, The Deli, 200 Cigarettes, Campfire Stories, Crooked Lines, and Glass Chin. He also appeared in episodes of the TV series Miami Vice and Oz.

Johansen was born on January 9, 1950 in the New York City borough of Staten Island. His mother worked as a librarian while his father was an insurance sales representative who had also previously been an opera singer. He is of Irish and Norwegian descent. Johansen was interested in music and performance from a young age and joined a number of bands throughout his adolescence.

In the late 1960s, Johansen began his career as a lead singer in a local Staten Island band, the Vagabond Missionaries. Then, a few years later, he joined the proto-punk band, the New York Dolls, as a singer/songwriter. They became a prominent band in the New York scene, though they generally did better critically than commercially. In 1973, they released the album "New York Dolls" followed by a second album, "Too Much Too Soon," in 1974. Johansen wrote most of the material on these albums along with guitarist, Johnny Thunders.

In 1975, Thunders left the band, along with other band member Jerry Nolan. After some additions, the New York Dolls were composed of Johansen, Sylvain Sylvain, Peter Jordan, Chris Robison, and Tony Machine. They continued playing together as a band for another year or so until 1976 when Johansen decided to embark on a solo career.

Johansen released his debut album, the self-titled "David Johansen," in 1978 followed by a second album, "In Style," in 1979. He continued releasing music throughout the late 1970s and early 1980s, releasing four studio albums and two live albums during this period of his solo career. In 1982, he also was the opening act for The Who on their tour.

Johansen also released music and performed under the pseudonym Buster Poindexter. When performing as Poindexter, he often was accompanied by the band, The Uptown Horns. Together they performed pop, swing, jump blues, and various novelty songs. In this role, he also scored his first hit song with "Hot Hot Hot." He later referred to the song as the bane of his existence considering how popular it had grown commercially.

In the early 2000s, Johansen focused his career on blues music and performed with his group, The Harry Smiths. The group was named as a tribute to Harry Everett Smith who had compiled the "Anthology of American Folk Music." Johansen and his band covered several of the songs included in that anthology in their album, "Shaker." 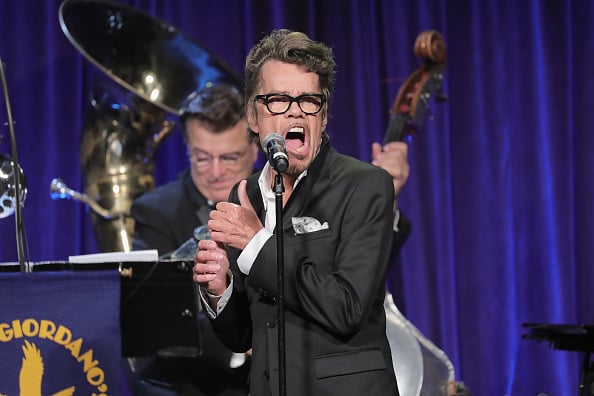 Johansen also reunited with a couple former members of the New York Dolls in 2004 to perform live shows. They then released a new album together in 2006 called "One Day It Will Please Us to Remember Even This." It was the first album the group had made in thirty years and did very well critically, with one prominent critic even calling it his choice for Album of the Year. The new iteration of the band continued making music together, releasing "Cause I Sez So" in 2009 and "Dancing Backward in High Heels in 2011." Johansen often collaborates with members of the New York Dolls on other projects as well, including the Buster Poindexter project and music released with The Harry Smiths.

Johansen also hosts a weekly show on Sirius Satellite Radio called "David Johansen's Mansion of Fun." The show features a highly eclectic selection of music. Outside of making his own music, Johansen has also contributed to various film soundtracks. Some of these films include "Times Square" and "The Aviator." He has also been featured in a number of compilation albums with other artists like "September Songs – The Music of Kurt Weill," "Stormy Weather: The Music of Harold Arlen," "Jim White Presents Music From Searching for the Wrong-Eyed Jesus," "AngelHeaded Hipster: The Songs of Marc Bolan & T-Rex," and "A Diamond Hidden in the Mouth of a Corpse."

Outside of his music career, Johansen also has spent some time acting. He appeared in the television series "The Adventures of Pete & Pete" and also "The Jim Henson Hour." He played a the Ghost of Christmas Past in the film "Scrooged" and also had roles in "Let It Ride," "Mr. Nanny," and "Car 54, Where Are You?," among others. He also appeared in the Netflix special, "A Very Murray Christmas" and has lent his voice to a number of animated characters if series like "Teen Titans" and "Centaurworld."

In July of 2020, Showtime Documentary Films announced that Martin Scorsese would be directing a new feature film about Johansen and his life.

In 1977, Johansen married actress Cyrinda Fox. The couple stayed together for only one year, divorcing in 1978. A few years later, he began dating the photographer Kate Simon. They married in 1983 and remained together until their divorce in 2011. In 2013, he married artist Mara Hennessey.

Johansen support President Joe Biden in his 2020 Presidential campaign. He released a cover of the song "Sinking Ship" by Gypsy to be used in the election campaign in September of 2020.