David Cook net worth: David Cook is an American singer-songwriter who has a net worth of $5 million dollars. David Cook is the winner of American Idol's seventh season. David Cook released his first album as a signed artist in 2009, titled "David Cook". It has since gone Platinum, selling over a million copies in the US, and netting two hit songs in the top 20 on the Billboard Hot 100 charts.

David Roland Cook was born in Houston, Texas in December 1982. He is a rock singer who is known for being the winner of the seventh season of American Idol. Cook started singing when he was in second grade. At 13 he got his first guitar and performed in musicals and choirs throughout his schooling. David was a baseball player but focused more on music after getting injured. In high school he formed a band called Axium and wrote his first song at 15. The band had some success including being named the best Kansas City band in 2004 and releasing three studio albums. He later joined the Midwest Kings and released a solo album Analog Heart in 2006. He tried out for American Idol in 2008 after he originally went to support his brother. He ended up winning the competition, beating out David Archuleta in the finals. His album David Cook was released in 2008 and has been certified platinum. He broke records by having 11 of his songs debut on the Billboard Hot 100 charts in the same week. Cook signed an endorsement deal with Skechers. In 2011 his second major label album This Loud Morning was released. He parted ways with RCA in 2012 and is working on a new album. He has won a Teen Choice Award, Nashville Music Award, and two New Music Awards. 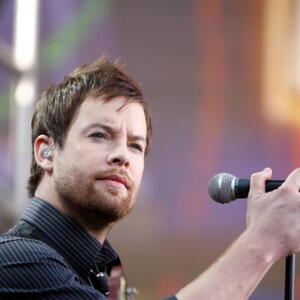