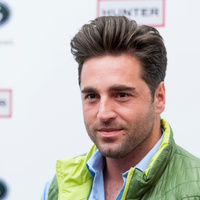 David Bustamante Net Worth: David Bustamante is a Spanish singer and songwriter who has a net worth of $4 million dollars. David Bustamante Hoyos was born in Cantabria, Spain in March 1982. David finished in third place on the TV hit Operacion Triunfo in 2001. He then signed with Universal Music Latino and Vale Music Spain. His debut studio album Bustamante was released in Spain in 2002 and in the United States and Latin America in 2003. The album included the singles "Ademas de ti", "Dos hombres y un destino", and "El aire que me das". The album also included the duet "Perdoname" with Puerto Rican pop star Luis Fonsi. His second album Asi soy yo was produced by Emilio Estefan. He also recorded the theme song for the telenovela Gitanas. His album Caricias al alma was certified Gold. His albums Pentimento, Al Filo de la Irrealidad, and A Contracorriente all went Platinum and hit the top of the Spanish album chart. His 2011 album Mio also went Platinum and helped Bustamante reach two million total sales. He has also released three fragrances with Puig. In 2006 David married Paula Echevarria and the couple has a daughter together.