David Bisbal Net Worth: David Bisbal is a Spanish pop star who has a net worth of $5 million. Born in Almeria, Andalusia, Spain, in 1979, David Bisbal earned a job singing with an orchestra after dropping out of school. He started working with Orchestra Expressions and later auditioned for the singing competition, "Operacion Triunfo".

Bisbal was one of the finalists competing for the grand prize of representing Spain at the Eurovision Song Contest, though he came in second place. Soon after, Bisbal landed his first record deal, releasing his debut album, "Corazon Latino", which has gone platinum 13 times over in his home country. The 2002 album topped the Spanish charts and sold more than 1.7 million copies around the world. Bisbal's follow-up effort, 2004's "Buleria", went platinum ten times over in Spain, selling a million copes in his native country and breaking into the top five on the U.S. Latin charts. His 2006 record, "Premonicion", topped the Spanish charts, as did his 2009 album, "Sin Mirar Atras", which went triple platinum. In 2014, Bisbal released his latest record, "Tu y Yo", which topped the Spanish charts once again en route to going triple platinum. Bisbal won the 2003 Latin Grammy Award for Best New Artist, has worked with Jessica Simpson, Rihanna, and Pixie Lott, and was part of the 2010 FIFA World Cup official song. He won his second Latin Grammy in 2012, earning Best Pop Album honors. 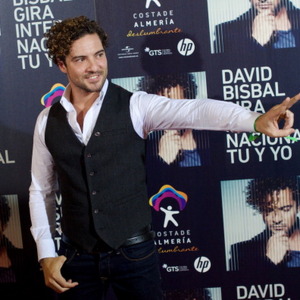