He has released several successful solo pop albums. David James Archuleta was born in Miami, Florida in December 1990. He is best known for his music career and gained fame on American Idol. He started singing when he was six and performing at 10. He won the Child Division of the Utah Talent Competition. At 12 he was on many episodes of Star Search as a singer. He became the Junior Vocal Champion on Star Search 2. He declined a risky surgery for his partial vocal paralysis but has since recovered. In 2007 Archuleta competed on American Idol. He played piano while he sang on some episodes. He finished the competition as the runner-up to winner David Cook, and received 44 percent of the almost 100 million votes cast. In 2008 he released his debut album titled David Archuleta. That album debuted at #2 on the Billboard 200. In 2009 he released Christmas from the Heart and in 2010 The Other Side of Down. In 2012 his albums Forevermore, a Filipino album, and Begin were released, but Archuleta went on a two year mission to Chile. His album No Matter How Far was released in 2013. He won six Teen Choice Awards in 2008-2009 and is nominated for three World Music Awards in 2014. 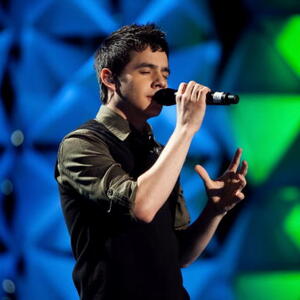