Dave Hollister net worth: Dave Hollister is an American R&B singer, songwriter, and record producer who has a net worth of $3 million. Dave Hollister was born in Chicago, Illinois in August 1968. He was a member of the R&B quarter Blackstreet before going solo. Blackstreet released their self-titled debut studio album in 1994.

Their second album Another Level was released in 1996 and was certified 4x Platinum. The album reached #1 on the US R&B chart and #3 on the Billboard 200 chart. The group also had success with their albums Finally in 1999 and Level II in 2003. Their best known single is "No Diggity" (featuring Dr. Dre and Queen Pen) which reached #1 on the Billboard Hot 100 and US R&B charts. Hollister released his debut solo studio album Ghetto Hymns in 1999. His best known album was Chicago '85… The Movie and his single "One Woman Man" reached #8 on the US R&B/Hip-Hop chart. Hollister is the cousin of singers K-Ci and Jojo, Fantasia Barrino, and Calvin Richardson. 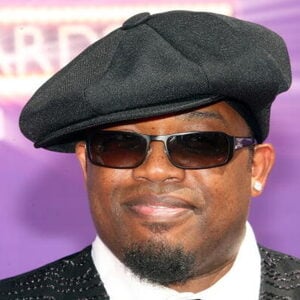