How much is Dave Barnes Worth?

Dave Barnes Net Worth: Dave Barnes is an American musician and singer who has a net worth of $4 million dollars. David Barnes was born in Knoxville, Tennessee in June 1978. He went to college to study playing drums and started to play guitar and write songs. He started performing at Middle Tennessee State University. After graduating he started touring and released an EP Three, Then Four in 2002. In 2004 his debut studio album Brother, Bring The Sun was released. Barnes has released six studio albums and his albums What We Want, What We Get and Stories to Tell both peaked at #3 on the US Christian and #59 on the Billboard 200 charts. Barnes' popular songs include "God Gave Me You", "Family Tree", "I Pray on Christmas", and "Christmas Tonight". The song "God Gave Me You" was nominated for a Grammy Award for Best Country Song in 2012. Blake Shelton covered the song on his 2011 album Red River Blue. Barnes appeared on the soap opera All My Children in 2010. He has written or co-written songs for Shelton, Bebo Norman, Billy Currington, and Tim McGraw. 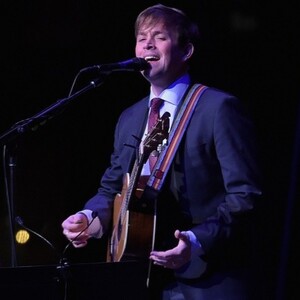