Darren Hayes Net Worth: Darren Hayes is a UK-based Australian singer-songwriter who has a net worth of $20 million. Born Darren Stanley Hayes on 8 May 1972, in Brisbane, Queensland, Australia, he made a name for himself on the world music stage as the front man and singer of the pop rock twosome Savage Garden.

Along with the instrumentalist Daniel Jones, Hayes formed the duo in Logan City, Queensland in 1994. They rose to worldwide stardom in the late 1990s and early 2000s with their #1 hit singles "I Want You", "To the Moon and Back", "Truly Madly Deeply", "The Animal Song" and "I Knew I Loved You". Until the combo split ways in 2011, their two studio albums Savage Garden (1997) and Affirmation (1999) had already reached number-one chart positions in Australia and made it to the top ten both in the UK and US. As of 2002, Darren Hayes went on solo realizing his first album as a "soloist" titled Spin. Selling two million copies globally, the album debuted at no. 2 in the UK and no. 3 in Australia, as well as it spawned the hit song "Insatiable". As for his subsequent solo efforts, they include: The Tension and the Spark (2004), The Tension and the Spark (2004), This Delicate Thing We've Made (2007), We Are Smug (2009) and Secret Codes and Battleships (2011). 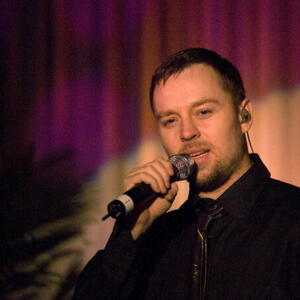