Danny Wood Net Worth: Danny Wood is an American singer, actor and producer who has a net worth of $16 million. Born in 1969 in Boston, Massachusetts, Danny Wood joined the pop boy band New Kids on the Block in 1984 with his friend Donnie Wahlberg. He initially tried to join the group and attend Boston University at the same time, but later left school to pursue his music career full-time.

The group has sold more than 70 million albums across the globe, with their self-titled debut effort going triple platinum in the United States. The band disbanded in 1994 after Jonathan Knight left in the middle of the "Face the Music" tour but would later reunite in 2008 with a new album. Wood embarked on a solo career with several albums, including "D-Fuse: Room Full of Smoke", "D-Wood: Room Full of Smoke Vol. 2", "Second Face", "Coming Home" and "Stronger: Remember Betty". He released three singles, all in 2003: "What If", "When The Lights Go Out" and "Different Worlds". Wood has been married to his wife, Emma Porter, since 1997. They have one child together, Vega, born in 1999. Wood has three other children, including two with his ex-wife Patty and a son with his ex-girlfriend. 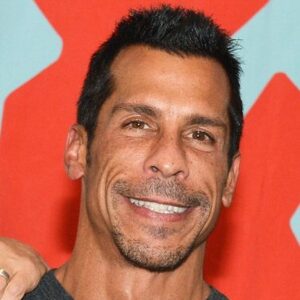