Danny Hutton net worth: Danny Hutton is an Irish-American singer who has a net worth of $4 million. Danny Hutton was born in Buncrana, Donegal, Ireland in September 1942. He is best known for being one of three lead vocalists in the band Three Dog Night. Hutton was also a singer and songwriter for Hanna Barbera Records from 1965 to 1966 and had a hit with the song "Roses and Rainbows".

His son Dash Hutton is the drummer for the rock band Haim. Danny Hutton was one of three vocalists along with Chuck Negron and Cory Wells in Three Dog Night. The group had hits with the singles "One", "Mama Told Me (Not to Come)", "Joy to the World", "Black and White", and "The Show Must Go On". Three Dog Night had 21 hit singles, 11 Top Ten hits, and 12 consecutive gold albums. Hutton left the group in 1976 and the group disbanded in 1977. They got back together in the early 1980s and continued until 2015 when two of its members passed away. Hutton managed punk rock bands and fronted the Danny Hutton Hitters. 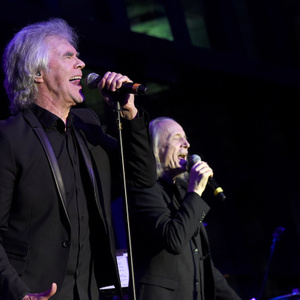