What is Danny Elfman's Net Worth?

Elfman composed the theme song to "The Simpsons" in 1998. You can hear his voice at the very beginning sing "The Simpsonnnnss" over three notes. That's an important fact because singing the notes allows Danny to earn performance royalties forever (as long as "The Simpsons" airs, which is likely forever). In interviews Danny has intimated that those three notes "made him rich," earning him far more than he earned to compose the actual tune.

Danny Elfman was born Daniel Robert Elfman on May 29, 1953, in Los Angeles, California. He grew up in a Jewish household with mother Blossom (a teacher and writer), father Milton (a teacher and Air Force veteran), and brother Richard, who is an actor, journalist, and musician. During his youth, Elfman enjoyed spending time at the local cinema in Baldwin Hills, where he watched horror, science-fiction, and fantasy movies and was introduced to the scores of composers Franz Waxman and Bernard Herrmann. In elementary school, Danny was rejected from the school orchestra for "having no propensity for music," but in high school, he became friends with classmates who were interested in music and turned him on to jazz and Stravinsky.

Elfman graduated early and decided to travel around the world. He followed his brother Richard to France and played violin with the musical theater group Le Grand Magic Circus, then he spent 10 months traveling through Africa, where he contracted malaria three times. When he returned to L.A., "pretty sick and ready to come home," Richard had formed a street troupe called The Mystic Knights of the Oingo Boingo, and he informed Danny on his second day home, "You're the musical director. Now, I know you've got hepatitis so you probably won't be active for a few weeks. But you can start listening and soaking it up!" Elfman attended classes in the Indonesian music department at CalArts and performed there for a few years, but he never officially enrolled at the university.

The Mystic Knights of the Oingo Boingo performed in nightclubs and on the streets of L.A. until the late 1970s when Richard left to pursue a career as a filmmaker. Richard made a film, "Forbidden Zone," that was based on the group's stage performances, and Danny composed the movie's songs as well as the score. After Richard left the group, Danny took over, and The Mystic Knights of the Oingo Boingo became a new wave band called Oingo Boingo. The group released eight studio albums between 1981 and 1994, and their single "Weird Science," which was on the 1985 album "Dead Man's Party," was the theme song for the film and TV series of the same name. Oingo Boingo fans Tim Burton and Paul Reubens enlisted Danny to write the score for the 1985 film "Pee-wee's Big Adventure," and Elfman then scored the films "Back to School" (1986), "Wisdom" (1986), "Summer School" (1987), "Beetlejuice" (1988), "Midnight Run" (1988), "Big Top Pee-wee" (1988), "Hot to Trot" (1988), and "Scrooged" (1988). He won a Grammy for scoring 1989's "Batman," and he also scored 1992's "Batman Returns." 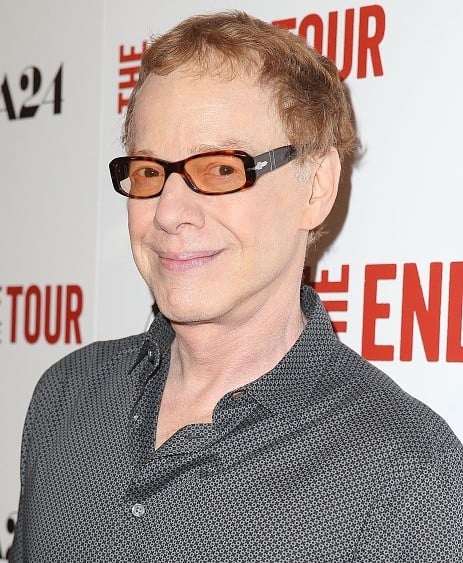 During his teenage years, Danny dated future Sonic Youth vocalist/guitarist/bassist Kim Gordon, and he later married Geri Eisenmenger and had two daughters, Lola (born in 1979) and Mali (born in 1984), with her. After Elfman and Eisenmenger divorced, he married actress Bridget Fonda on November 29, 2003, and they welcomed son Oliver on January 21, 2005. Danny's nephew is actor Bodhi Elfman, the husband of "Dharma & Greg" star Jenna Elfman. Danny has said that he became an atheist at age 11 or 12, and in a 2015 interview, he referred to himself as a "cynic-ologist." He supported Barack Obama in the 2008 presidential election, and he scored a video about Joe Biden that played at the 2020 Democratic National Convention just before Biden accepted the presidential nomination. Elfman's hearing was significantly damaged during his years as a member of Oingo Boingo, and it was a factor in his departure from the band. In 2007, Danny received an honorary doctorate from the North Carolina School of the Arts.

According to public records, Danny paid $2.13 million for a home in the Hancock Park neighborhood of Los Angeles in 2000. Danny and Bridget spent three years and roughly $3 million renovating the home, which dates back to the 1920s, and in 2015, they acquired the house next door for $3.6 million. In October 2020, Elfman and Fonda put the combined estate on the market for $14.6 million. If sold separately, the larger original home was listed for $8.8 million, and the smaller home was listed for $5.8 million. Ultimately the homes were sold separately, the larger one for the $8.8 million asking price and the smaller one at a discount for $4.2 million. In 2021, over two transactions separated by several months, Danny and Bridget plunked down a combined $8 million for two side-by-side homes in Encino, California. The combined property spans 2.2 acres. They also own a ranch in Santa Barbara, which Danny acquired in the mid-1990s. 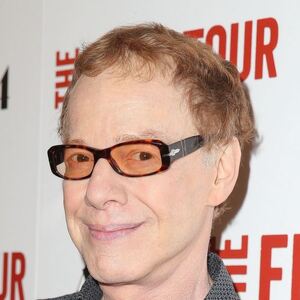