Dannii Minogue Net Worth: Dannii Minogue is an Australian TV personality and musician who has a net worth of $25 million dollars. She rose to prominence on the Australian TV talent show "Young Talent Time" and on the soap opera "Home and Away." In the UK, Minogue has achieved 13 consecutive number one dance singles, becoming the best-performing artist on the UK Dance Chart. Her older sister is pop star Kylie Minogue.

Early Life and Career: Dannii Jane Minogue was born in Melbourne, Victoria, Australia, in 1971. She was brought up in Surrey Hills, Melbourne, and attended Camberwell Primary School and later Camberwell High School. She is the youngest of three children, including pop sensation Kylie Minogue, to Carol Jones, a dancer from Wales, and accountant Ronald Charles Allan Minogue.

She began working as a child actress on Australian television when she was seven years old. Minogue appeared on a few different Australian soap operas including "Skyways" and "The Sullivans" before landing a spot on the local music show "Young Talent Time" in 1982. Minogue recorded her first solo recordings for the program including a cover version of Madonna's hit single "Material Girl." During this time, she gained fame and began performing live at several sold-out nationwide concert tours.

Career: She toured with the show, eventually leaving in 1988, and continuing to act on soaps, earning a Silver Logie nomination for Most Popular Actress on Australian TV for her role as rebellious teenager Emma Jackson on the soap opera "Home and Away." She remained on the program for just a year. Minogue's first fashion line was released in 1988 and sold out around the nation in less than two weeks. She followed it up with three additional summer lines in 1989.

Minogue signed a recording contract with Mushroom Records in January 1989. She released her debut album, "Dannii", in 1990, which broke into the top 25 on the charts in Australia. Outside Australia, the album was released in 1991 under the title "Love and Kisses." It peaked at No. 8 in the UK and was certified gold. Her debut single of the same name peaked at No. 4 on the Australian singles chart and was also certified gold. Subsequent singles "Success," "Jump to the Beat," "Baby Love," and "I Don't Wanna Take This Pain" all reached the UK top 40. She released her second album, "Get Into You" in October 1993 (which failed to make it to the British top 50) before making a return to TV in the mid-90s. In 1994, she returned to TV as a presenter, co-hosting Channel 4's morning show "The Big Breakfast" in the UK. 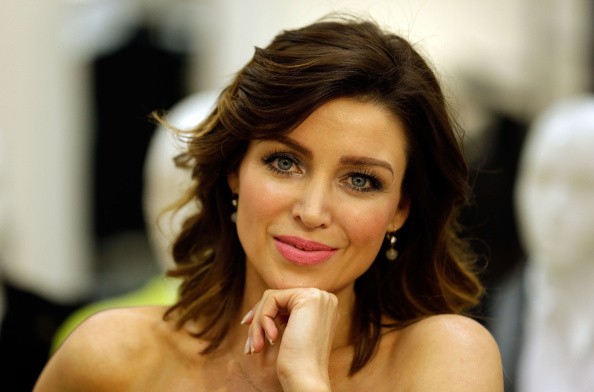 Between 1990 and 2007, Minogue launched five studio albums: "Dannii," "Love and Kisses," "Get Into You," "Girl" "Neon Nights," and "Club Disco." While her popularity as a singer waned after 1993, and made a name for herself with award-winning performances in musical stage shows such as "Grease" in 1997, "Notre-Dame de Paris" in 1999, and "The Vagina Monologues" and "Lady Macbeth," both in 2000.  She has had a total of nine UK Top 10 singles, twelve Top 30 singles in Australia, thirteen UK club Number 1 singles, has sold 7 million records worldwide, and has obtained six Gold certified singles in Australia. She was nominated for dozens of awards for her music career, winning Best New Female Artist at the 2003 Disney Channel Awards and Best Stage Performance at the 2001 Maxim Awards.

She has endorsement deals with Marks and Spencer and ModelCo.

Personal Life: Minogue married actor Julian McMahon in January 1994. The two had met in 1991 while working on "Home and Away." They were married for less than two years and divorced in 1995. She has said her marriage ending led to her nude photo shoot in Australian "Playboy" in October 1995.  She has been involved in several relationships since the divorce. In October 1999, she became engaged to Formula 1 World Champion Jacques Villeneuve. Their relationship ended in 2001. In early 2002, she began dating music producer and Bros bassist Craig Logan. They met while recording material for "Neon Nights." As of December 2002 they ended their relationship.

In August 2009, she started dating English model and ex pro rugby player Kris Smith. The two had met in Ibiza where Smith was celebrating his 30th birthday. She gave birth to a son, Ethan Edward Minogue-Smith with now-ex-boyfriend Kris Smith in 2010. The two announced via Twitter that they had separated in April 2012.

Minogue's career is often overshadowed by the enormous success of her older sister, musician Kylie Minogue. She told "Elle" Magazine in 2009 that while she hates being compared to her sibling, she is thrilled about Kylie's success. She told X Factor judge Louis Walsh: "I'm so proud of my sister and it annoys the hell out of me when comparisons between us are made. In England you lot don't know where she came from. She was on TV every week from 7 years old. It makes it harder for her when she gets Louis Walsh's rather pathetic jibes – one of which is she hasn't had a hit record and that's just not true."

Minogue is an active philanthropist who publicly supports the Terrence Higgins Trust, which fights for more AIDS awareness around the world. She performs regularly at the Sydney Gay and Lesbian Mardi Gras and the London nightclub G-A-Y, and credits her large LGBTQ following for much of her success. She openly supports gay and human rights causes for social equality. 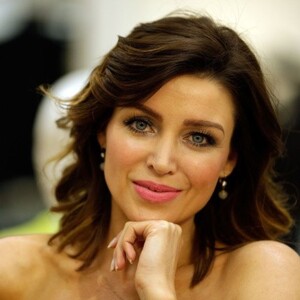