What is Danna Paola's Net Worth?

Danna Paola is a Mexican actress, singer, and model who began her acting career as a child. Danna Paola has a net worth of $10 million. After appearing on the telenovelas "Rayito de Luz" and "María Belén," she had her breakthrough role on "Amy, la niña de la mochila azul." Paola has gone on to star in numerous television series as well as films and theatrical productions, and has released several studio albums.

Danna is extremely popular on social media. She has over 30 million followers on Instagram, 15 million fans on TikTok and 5 million subscribers on YouTube.

Danna Paola was born on June 23, 1995 in Mexico City, Mexico to Juan José Rivera Arellano, a singer, and Patricia Munguía. She has an older sister named Vania. When Paola was a child, her parents divorced.

At the age of four in 1999, Paola went to a casting call for "Plaza Sésamo," the Mexican version of "Sesame Street." Both she and her sister were cast on the show, appearing in a number of episodes. The next year, Paola was cast in the telenovela "Rayito de Luz." In 2001, she landed her first lead role on the children's telenovela "María Belén." That same year, Paola released her debut album, "Mi Globo Azul." From 2002 to 2003, she had a guest role on the telenovela "¡Vivan los niños!"

Paola had her career breakthrough in 2004, when she played the main role of Amy Granados on the successful children's telenovela "Amy, la niña de la mochila azul." Her star continued to rise the next year, when she played the female lead in "Pablo y Andrea," a television adaptation of Mark Twain's "The Adventures of Tom Sawyer." As a teenager in 2009, Paola landed the lead role of Patito on the hit teen telenovela "Atrévete a Soñar," a remake of the Argentine telenovela "Patito Feo." To promote the show, Paola and the cast recorded a pair of soundtracks and did a tour across Mexico.

In the summer of 2015, Paola moved to Miami to film the telenovela "¿Quién es quién?," her first telenovela role outside of Televisa. The program ran for 120 episodes through 2016. Following this, Paola had a main role on the first season of the drama series "La Doña," based on the 1929 Venezuelan novel "Doña Bárbara." She then appeared in a guest role in the show's second season. While still on the program, Paola filmed the Telemundo biographical series "José José, el príncipe de la canción," based on the life of the titular Mexican singer. Paola portrayed Mexican singer-songwriter Lucero in 11 episodes. Meanwhile, from 2018 to 2020, she played the main role of Lucrecia Montesinos Hendrich on the Netflix Spanish thriller series "Elite." Following this, Paola became a mentor on the Spanish singing reality competition show "Top Star. ¿Cuánto vale tu voz?" 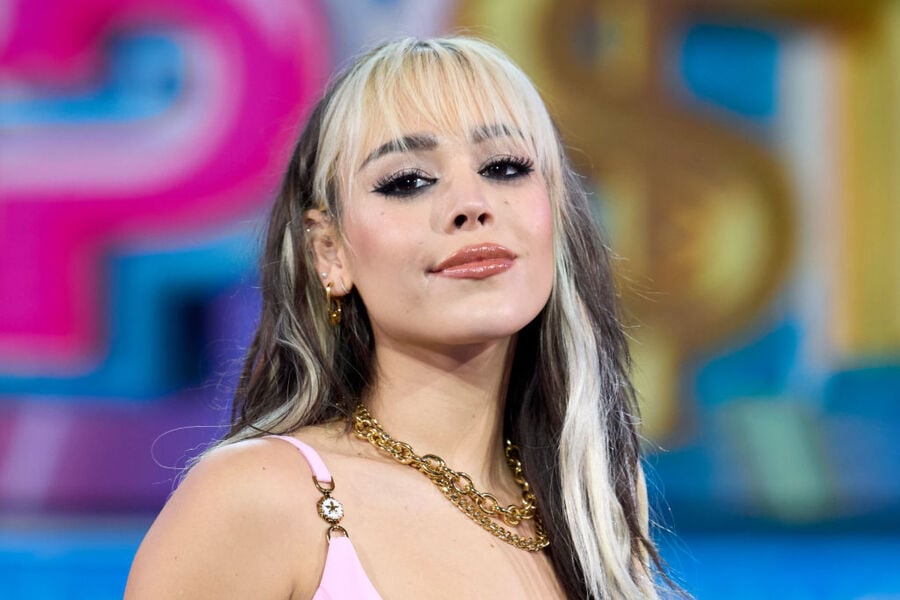 Paola made her feature film debut in the 2008 Mexican film "Tear This Heart Out," based on the eponymous novel by Ángeles Mastretta. Two years later, Paola provided the voice of Rapunzel for the Latin-American Spanish dub of the Disney animated film "Tangled." In 2015, she lent her voice to another Spanish-language dub, this time for the DreamWorks animated film "Home." After starring in the 2018 Mexican film "Lo más sencillo es complicarlo todo," Paola had yet another voice role on an animated film, for the Spanish dub of Disney's "Raya and the Last Dragon."

In 2003, Paola made her stage debut starring as the title character in "Regina: Un Musical Para Una Nación Despierta." She had another lead role the very next year in the musical "Anita la huerfanita," an adaptation of the popular Broadway musical "Annie."

Paola had her greatest theatrical success yet in 2013, when she began playing the role of the witch Elphaba in the first Spanish-language production of the smash Broadway musical "Wicked." The production opened in Mexico City at Teatro Telcel in October of 2013 and closed in January of 2015. A massive hit, it sold over 100,000 tickets and became one of the most successful stage productions in Mexican history. Subsequently, Paola was invited by producer Alex Gou to join the cast of the musical "Hoy no me puedo levantar," in which she played the lead role of Maria.

Following the release of her debut album "Mi Globo Azul" in 2001, Paola released her second album, "Océano," in 2004. This was followed by "Chiquita pero picosa" in 2005. After a seven-year hiatus, Paola returned to recording with her self-titled 2012 album, which spawned the hit single "Ruleta." In 2014, she participated on the ABBA tribute album "Dancing Queens," singing a cover of "Take a Chance on Me" that debuted at number one on iTunes México.

In 2020, Paola released her fifth studio album, "SIE7E +," which features songs from her EP "Sie7e," including the hit tracks "Final Feliz" and "Mala Fama." It also contains new singles such as "Sodio" and "Oye Pablo." Paola released her sixth studio album, "K.O.," in 2021. Spawning eight singles, it went on to receive a Latin Grammy Award nomination for Best Pop Vocal Album.

Beyond her acting and singing, Paola became a fashion designer in 2014 when she collaborated with the Mexican clothing brand Sexy Jeans to release her own line. A couple years later, she became the new face of L'Oreal Paris' Casting Crème Gloss hair color line for the Latin American market. As part of the promotional campaign, Paola dyed her hair and appeared in television and print advertisements for the brand. 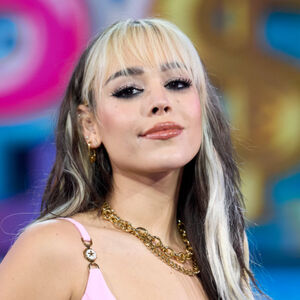