Danielle Cohn net worth and earnings: Danielle Cohn is an American social media personality and singer who has a net worth of $2 million. She is best known for her popularity on TikTok.

Danielle Cohn was born in Florida. Her age is a mystery because her father has disputed what she said, but she was mostly likely born between 2004 and 2006.  Cohn started off on the app musical.ly before it became TikTok. She became one of the first TikTok stars to gain more than 10 million followers. Cohn is also popular on YouTube with more than one million subscribers and on Instagram with about five million followers. She has collaborated with social media stars including Connor Finnerty, Desiree Montoya, and Lauren Godwin. Danielle Cohn has worked with Target and Fashion Nova. She was nominated for a Teen Choice Award for Choice Muser in 2017 and for an iHeartRadio Music Social Star Award. Danielle has dated Ethan Fair. Her songs include "Marilyn Monroe", "Before Love Existed", and "Secreto". 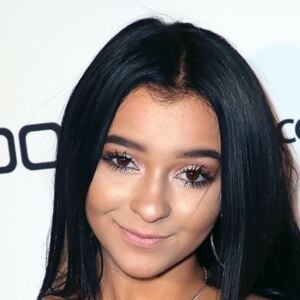