How much is Daniel O'Donnell Worth?

Daniel O'Donnell net worth: Daniel O'Donnell is an Irish singer and television presenter who has a net worth of $20 million. Daniel O'Donnell was born in Kincasslagh, County Donegal, Ireland in December 1961. Donnell started out recording his first single "My Donegal Shore" with his own money. O'Donnell became a household name in Ireland and Great Britain by the mid-1990s. He released his first studio album The Boy From Donegal in 1984 and released numerous other albums. He had Top 5 albums in the UK with Faith and Inspiration in 2000, Daniel in Blue Jeans in 2003, The Jukebox Years in 2004, and From Daniel With Love in 2006. O'Donnell became the first artist to have a different album in the British charts for 25 consecutive years in 2012. He has sold more than 10 million records and his style is described as a mix of Irish folk and country music. O'Donnell is known as "Wee Daniel" and is an ambassador for Donegal, Ireland. He has won many awards including the British Country Music Awards Ambassador Award for Outstanding Services to Country Music, an Honorary MBE for services to the music industry and charity, a Lifetime Achievement Award from the Irish Post, and a Lifetime Achievement Award from the Sunday World. 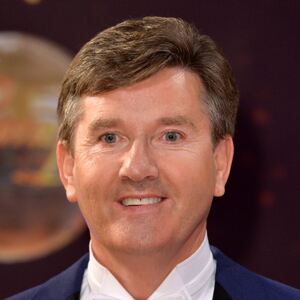