Daniel Kessler net worth: Daniel Kessler is an English musician and singer who has a net worth of $8 million. Daniel Kessler was born in London, England in September 1974. He is best known for being the lead guitarist and backing vocalist of the band Interpol. The band formed in Manhattan, New York in 1997 and released their debut studio album Turn on the Bright Lights in 2002. 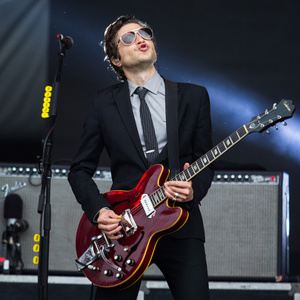