Dan Tyminski net worth: Dan Tyminski is an American bluegrass singer, composer, and musician who has a net worth of $3 million. Dan Tyminski was born in Rutland, Vermont in June 1967. He is a member of the band Alison Krauss and Union Station.

Tyminski released his solo debut studio album Green Mountain Bluegrass in 1985. He released the album Carry Me Across the Mountain in 2000. His album Wheels was released in 2008 and reached #1 on the US Bluegrass charts. Dan Tyminski released the album Southern Gothic in 2017 which reached #8 on the US Heatseekers chart. His single "Man of Constant Sorrow" was featured on the O Brother, Where Art Thou? Soundtrack. Tyminski was featured on the song "Hey Brother" by Avicii which reached #1 in five countries. He has won 14 Grammy Awards during his career. Alison Krauss and Union Station has released six studio albums including Paper Airplane in 2011 which reached #1 on the US Country and US Bluegrass charts. 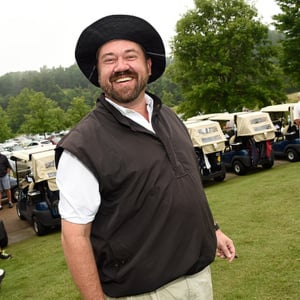