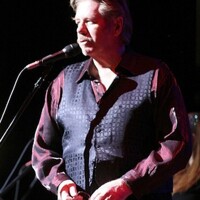 Dan Hicks net worth: Dan Hicks is an American singer-songwriter who has a net worth of $3 million. Dan Hicks was born in Little Rock, Arkansas in December 1941. Hicks combines many musical styles including jazz, country, cowboy folk, bluegrass, pop, swing, and gypsy music. Hicks was a drummer in grade school and was performing in local dance bands in high school. He studied broadcasting at the San Francisco State College. In 1965 he joined the band The Charlatans who released an album in 1969. He formed Dan Hicks and His Hot Licks in 1968 and the band recorded three albums. Hicks also appeared on the cover of Rolling Stone. His best known songs include "Canned Music" and "I Scare Myself". Hicks is also known for using humor in his songs including in "How Can I Miss You When You Won't Go Away?". Dan's latest album Live at Davies was released in 2013.