What is Dan Auerbach's net worth?

Dan Auerbach is an American musician, singer-songwriter, and record producer, best known for being the vocalist and guitarist of the blues rock band the Black Keys. Dan Auerbach has a net worth of $25 million. In addition to recording and co-producing multiple studio albums with the band, he also has a solo career and a side project called the Arcs. As a producer, Auerbach has produced records by such artists as Dr. John, the Pretenders, and Cage the Elephant.

Dan Auerbach was born in 1979 in Akron, Ohio to French teacher Mary and antique dealer Charles. He is of partial Manx descent on his mother's side, and of Polish Jewish ancestry on his father's side. Auerbach first became interested in blues music after listening to his father's old vinyl records as a youth. He was also influenced by the musical background of his mother's side of the family, particularly his bluegrass musician uncles. As a teen, Auerbach went to Firestone High School, where he captained the soccer team. He went on to attend the University of Akron, but dropped out in order to pursue the guitar and his music career.

As a kid, Auerbach was friends with Patrick Carney, a boy from his Akron neighborhood. The two attended high school together, and began playing music in 1996. After both dropping out of the University of Akron, Auerbach and Carney founded the blues rock band the Black Keys in 2001. They subsequently signed with the indie label Alive, and released their debut album, "The Big Come Up," in 2002. This earned them a new record deal with the label Fat Possum Records, which released their next studio album, "Thickfreakness." The profile of the Black Keys was boosted in 2004 with the release of their third album, "Rubber Factory"; as a result, they secured a record deal with the major label Nonesuch Records in 2006. The Black Keys went on to release the albums "Magic Potion" and "Attack & Release," the latter of which marked their first of many collaborations with producer Danger Mouse. The album debuted at number 14 on the Billboard 200.

In 2010, the Black Keys had their commercial breakthrough with the album "Brothers." In addition to reaching number three on the Billboard 200, it spawned the hit single "Tighten Up," which spent ten weeks at number one on the Alternative Songs chart. The album yielded another successful single called "Howlin' for You." As a result, "Brothers" went on to win three Grammy Awards, including Best Alternative Album of the Year. The Black Keys followed this success with 2011's hit album "El Camino," which peaked at number two on the Billboard 200 and led to the band's first arena concert tour. Moreover, its lead single, "Lonely Boy," became the group's highest-charting single in numerous countries, including the United States and Canada. At the 55th Grammy Awards, "El Camino" won Best Rock Album, while "Lonely Boy" took home the awards for Best Rock Performance and Best Rock Song. 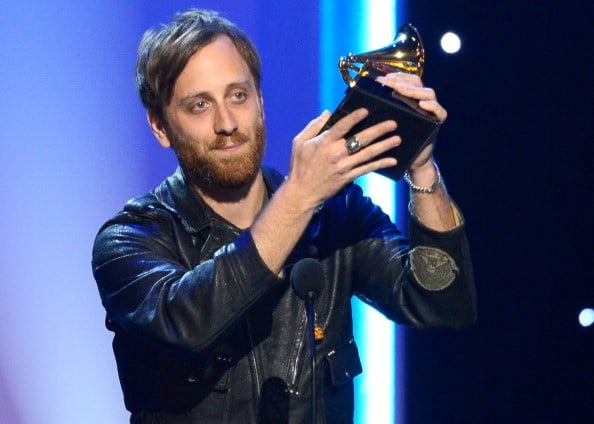 The Black Keys continued their incredible success in 2014 with the release of their eighth album, "Turn Blue." Debuting at number one in the US, Canada, and Australia, it became the band's first record to top the charts in those countries. Following the tour for the album, Auerbach and Carney decided they needed a break from the Black Keys. They went on a five-year hiatus, and returned in 2019 with the album "Let's Rock." Among its singles were "Go," "Eagle Birds," and "Lo/Hi," the latter of which topped multiple Billboard charts simultaneously. In 2021, the Black Keys released "Delta Kream," which includes covers of blues songs performed with guitarist Kenny Brown and bassist Eric Deaton.

Other Bands and Projects

Before forming the Black Keys, Auerbach was a member of the Barnburners, a blues-based band that performed in clubs in northeast Ohio. They also released a six-track album entitled "The Rawboogie EP." Later, Auerbach partnered with Carney and Damon Dash for the album "Blakroc," which featured guest appearances from such artists as Mos Def, Jim Jones, RZA, and Ludacris.

In 2015, Auerbach formed the garage rock band the Arcs; that year, they released their debut album, "Yours, Dreamily." Among his other projects, Auerbach partnered with blues musician Robert Finley to release an original soundtrack for the graphic novel "Murder Ballads."

Auerbach released his debut solo album, "Keep it Hid," in 2009. Tracks from the album were featured on the show "Peaky Blinders" and in the movie "Up in the Air."

Auerbach owns a recording studio in Nashville, Tennessee called Easy Eye Sound, and also has a record label of the same name. The first release on the label was Auerbach's solo album "Waiting on a Song," which came out in 2017. Other releases on the label have included "Goin' Platinum!" and Robert Finley's "Sharecropper's Son." Additionally, Auerbach has produced records by Lana Del Rey, Cage the Elephant, CeeLo Green, and Ray LaMontagne, among many others. In 2013, Auerbach received the Grammy Award for Producer of the Year, Non-Classical, and was nominated again in both 2020 and 2021.

In 2008, Auerbach wed his first wife, Stephanie Gonis; they had a daughter, Sadie, and divorced in 2013. Auerbach subsequently married Jen Goodall in 2015. Together, they have a son named Early, and live in Nashville. 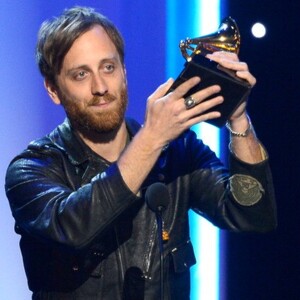