Dale Evans net worth: Dale Evans was an American actress, singer, and songwriter who had a net worth of $150 million at the time of her death. She inherited the majority of her late husband Roy Rogers' estate upon his death in 1998. In the late 80s and early 90s, Roy's net worth was estimated to be $50 – $100 million.

Dale Evans was born in Uvalde, Texas in October 1912 and passed away in February 2001. She was married four times including to Roy Rogers from 1947 until his death in 1998. Dale Evans starred on the television series The Roy Rogers Show from 1951 to 1957. She starred in several films including Orchestra Wives, Girl Trouble, Swing Your Partner, The West Side Kid, Here Comes Elmer, In Old Oklahoma, Casanova in Burlesque, Cowboy and the Senorita, The Yellow Rose of Texas, Song of Nevada, The Big Show-Off, Bells of Rosarita, The Man from Oklahoma, Sunset in El Dorado, Don't Fence Me In, Out California Way, Apache Rose, The Trespasser, Slippy McGee, The Golden Stallion, Pals of the Golden West, and more. In 1960 she received two stars on the Hollywood Walk of Fame for Television and Radio. Dale Evans passed away on February 7, 2001 at 88 years old. 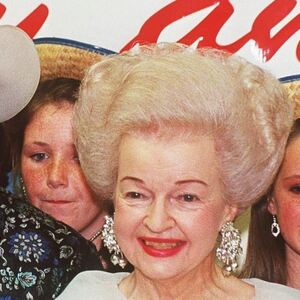