Daesung net worth: Daesung is a South Korean singer, actor, and television host who has a net worth of $10 million. Daesung was born in Incheon, South Korea in April 1989. He was a member of the boy band Big Bang and has also been a solo artist. Big Bang's album Made in 2016 reached #1 in Korea, Japan, and on the US World charts. Their album Big Bang 2 in 2011 also reached #1 in Japan. The group has had #1 singles with songs including "Tonight", "Love Song", "Blue", "Monster", "Loser", "Bang Bang Bang", "If You", "Let's Not Fall in Love", "Flower Road", and more. Daesung released his debut solo studio album D'scover in 2013 and the album D'slove in 2014 which both reached #2 in Japan. He has been featured in TV series including Show! Music Core, Family Outing Season 1, and Night After Night and the musical drama series What's Up. 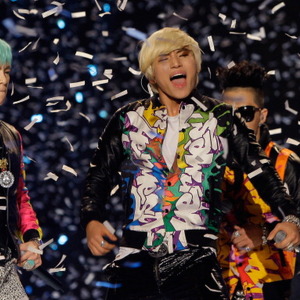