Cynthia Weil net worth: Cynthia Weil is an American songwriter who has a net worth of $100 million. Cynthia Weil was born in New York in October 1940. She is known for writing many songs with her husband Barry Mann. The couple married in 1961 and had one daughter together.

Weil would become one of the most important writers during the beginning of rock and roll. Weil and Mann wrote songs for many artists and won Grammy Awards and Academy Award nominations. The couple was inducted into the Songwriters Hall of Fame in 1987. A musical revue based on their songs titled Mann and Weil's They Wrote That? played in New York in 2004. The couple won the Ahmet Ertegun Award from the Rock and Roll Hall of Fame in 2010 and the Johnny Mercer Award from the Songwriters Hall of Fame in 2011. Some of the songs Weil and Mann have written include "Don't Know Much" by Aaron Neville & Linda Ronstadt, "Here You Come Again" by Dolly Parton, "Make Your Own Kind of Music" by "Mama" Cass Elliot, "On Broadway" by The Drifters, "Running with the Night" by Lionel Richie, "Shades of Gray" by The Monkees, "We Gotta Get out of This Place" by The Animals, "(You're My) Soul and Inspiration" by The Righteous Brothers, and "You've Lost That Lovin' Feelin", also by The Righteous Brothers. In total, Barry Mann and Cynthia Weil's songs have sold over 200 million copies world wide. "You've Lost That Lovin' Feelin" would eventually be covered by more than 2200 different artists around the world and become the most played song in radio history. 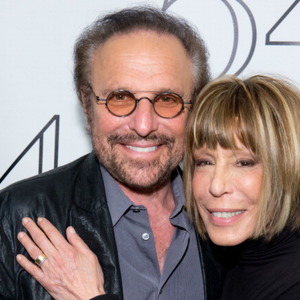