Cynthia Rhodes net worth: Cynthia Rhodes is an American actress, singer, and dancer who has a net worth of $9 million. Cynthia Rhodes was born in Nashville, Tennessee in November 1956. As an actress she starred in the movies Flashdance, Staying Alivfe, Runaway, Dirty Dancing, and Curse of the Crystal Eye. Rhodes started out as a singer and dancer working at Opryland USA. She appeared as a dancer in music videos for artists including Toto, Bee Gees, Richard Marx, and more and was a touring dancer for The Tubes. She was a member of the pop group Animotion and was featured on their self-titled album in 1989. She married singer and songwriter Richard Marx in 1989 and divorced in 2014 after having three children. In 1983 she was nominated for a Bravo Otto Award for Best Actress. Cynthia Rhodes also appeared in episodes of the TV series Music Hall America and Fantasy Island.

Real Estate: For many years Richard and Cynthia Rhodes owned an enormous property in the Chicago suburb of Lake Bluff. They bought the home in 1997 for $4.7 million and listed it soon after divorcing for an impressive $18 million. The property is a gated, 5-acre compound and features a 30,000 square-foot lakefront mansion. Astonishingly, it took five years and several significant price chops before Richard and Cynthia finally accepted just $4.2 million. 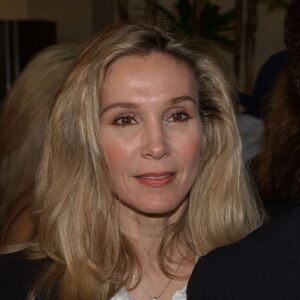