What is Cyndi Lauper's Net Worth?

Cyndi Lauper is an American singer, songwriter, and actress who has a net worth of $50 million. During the 1980s, Cyndi Lauper rose to fame and became one of the most successful pop stars of her time. Today, her long and successful career has spanned over four decades. She is perhaps best known for hits such as "Girls Just Wanna Have Fun" and "Time After Time." Her unique, four-octave vocal range makes her stand out among other pop stars, and she has sold over 50 million records worldwide.

Cynthia Ann Stephanie Lauper was born on June 22nd of 1953 in Brooklyn, New York. She was raised in a Catholic family alongside a brother and a sister. When Cyndi Lauper was five, her parents divorced. They later remarried only to divorce a second time. While growing up in Queens, Cyndi Lauper started listening to The Beatles and Judy Garland. At the age of 12, her sister gave her a guitar, and Cyndi started writing songs.

Cyndi Lauper was frequently bullied in school because of her eccentric style, which involved dying her hair various colors. She was later expelled from high school. Cyndi left home at the age of 17 in an effort to escape her abusive stepfather. She eventually traveled through Canada and settled in Vermont, where she took art classes at Johnson State College.

By the 1970s, Lauper had begun to work as a vocalist for cover bands in the New York area. Singing other people's songs didn't sit well with Lauper, who wanted to make it on her own. In 1977, she seriously damaged her vocal cords and was told that she would never sing again. However, with the help of a vocal coach, she managed to recover after taking a yearlong break from singing.

Cyndi Lauper first found success after she joined a saxophone player to form the band Blue Angel. In 1980, Blue Angel signed a deal with Polydor Records and released an album. Although the album wasn't successful, Lauper did enough to attract attention from industry insiders, who recognized her phenomenal singing talents.

Blue Angel later disbanded and further issues with her vocal cords forced Cyndi Lauper to stop singing and work odd jobs. However, when she returned to singing and started to perform at clubs, she was noticed by David Wolff, her future manager. Wolff managed to get her a deal with Portrait Records.

In 1983, Cyndi Lauper released her debut solo album, She's So Unusual. The album proved to be incredibly successful, and contained the hits "Time After Time" and "Girls Just Wanna Have Fun." Cyndi Lauper quickly became famous, and she gained popularity among teens due to her punk image. The music video for "Girls Just Wanna Have Fun" also helped Lauper climb to stardom, and it won an award at the MTV Video Music Awards in 1984.

In 1985, Cyndi Lauper contributed to the soundtrack for the iconic 80s film The Goonies before releasing her second album, True Colors, in 1986. Although it wasn't as successful as She's So Unusual, the album nonetheless sold millions of units. In 1988, Lauper made her film debut in the movie Vibes. In 1989, she released her third album, A Night to Remember.

Lauper's 1993 album Hat Full of Stars was celebrated by critics but proved to be a commercial flop. The album tackled tough issues such as homophobia and domestic violence. Lauper had more luck with her greatest hits album, Twelve Deadly Cyns, which was released in 1995. The album achieved multi-platinum status. In 1997, Lauper released the album Sisters of Avalon, which tackled especially dark themes. One song had been written to honor a friend who had died from AIDS. She then released a Christmas album in 1998.

In 2004, Lauper released an album called Shine exclusively in Japan. In 2005, she followed up with The Body Acoustic, which featured acoustic versions of many past hits. In 2008, she followed up with Bring Ya to the Brink, her sixth studio album. In 2010, she finished in sixth place on The Celebrity Apprentice. That year, she also released Memphis Blues, an album that became the best-selling Blues album of 2010.

In 2016, she released an album called Detour, which was a collection of country classics covered and reimagined by Cyndi Lauper.

In 2012, the award-winning musical Kinky Boots premiered in Chicago, later appearing on Broadway. The musical featured lyrics and original compositions by Cyndi Lauper. For her efforts, Lauper won several awards for Best Score. The musical would go on to generate over $320 million on Broadway. 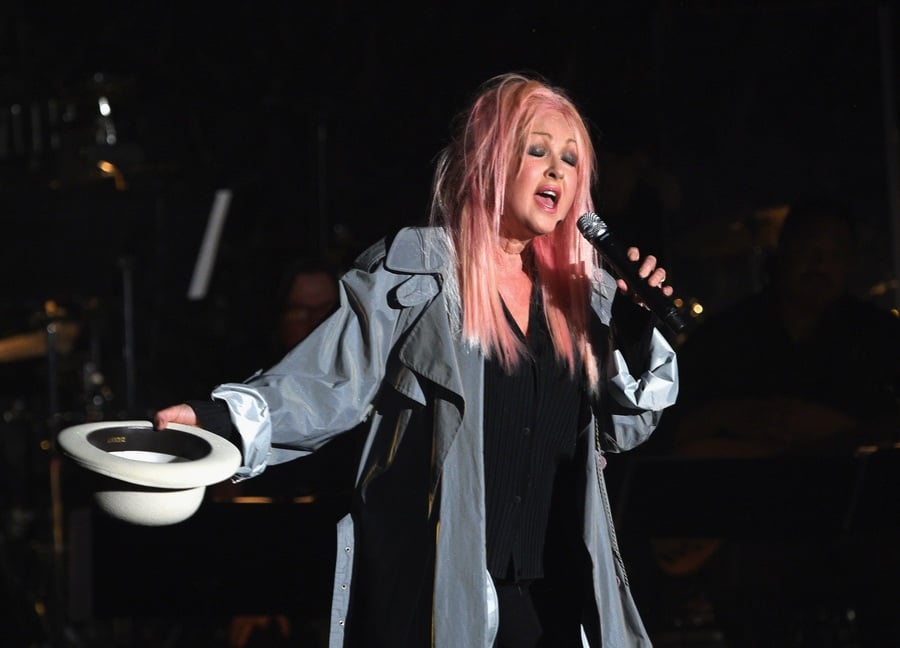 For six and a half years, Cyndi Lauper dated Dave Wolff, who had previously been her manager. While on the set of Off and Running, Cyndi Lauper met actor David Thornton and married him later that year. The couple later had one son together.

Cyndi Lauper's sister is a lesbian, and as a result, Lauper has campaigned for LGBTQ rights throughout her career. She regularly appears at gay pride events, and she wrote the song "Above the Clouds" to honor the memory of Matthew Shepard, a homosexual man who was famously beaten to death in Wyoming.

Cyndi Lauper has also been celebrated as a feminist icon. Many observers have commented that Lauper has "paved the way" for women in Rock N' Roll, such as Katy Perry and Lady Gaga. Her song "Girls Just Wanna Have Fun" has been called an anthem for young women. In contrast to her contemporaries, such as Madonna, Lauper's femininity has been called more "playful," and her "pop-punk" image set a new trend across the world. 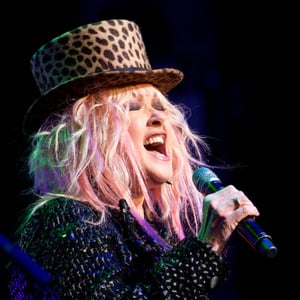