Curtis Mayfield net worth: Curtis Mayfield was an American singer, songwriter, guitarist, and record producer who had a net worth of $10 million at the time of his death in 1999. Curtis Mayfield was born in Chicago, Illinois in June 1942 and passed away in December 1999. He was a member of the Impressions who became popular during the civil rights movement.

Mayfield started out singing in a gospel choir before he joined The Impressions. They released several albums and their album People Get Ready reached #1 on the US R&B chart in 1965. The group had four singles reach #1 on the US R&B chart. Mayfield wrote their song "People Get Ready" which was ranked #24 on the Rolling Stone list of the 500 Greatest Songs of All Time. He released several solo albums including the Super Fly soundtrack which reached #1 on the Billboard 200 and US R&B charts. During a live performance, be was paralyzed from the neck down but he continued to record. He was awarded a Grammy Lifetime Achievement Award in 1995 and was twice inducted into the Rock and Roll Hall of Fame as well as the Grammy Hall of Fame. Curtis Mayfield passed away on December 26, 1999 at 57 years old from complications of type 2 diabetes. 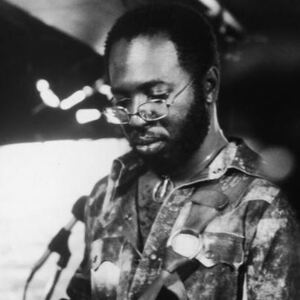