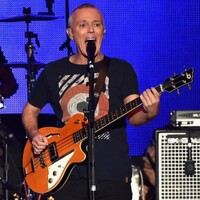 Curt Smith net worth: Curt Smith is an English singer, musician, producer, songwriter, and actor who has a net worth of $40 million. Curt Smith was born in bath, Somerset, England in June 1961. He is best known for being a founding member, the lead vocalist, and bass guitarist of the band Tears for Fears. Tears for Fears formed in 1981 and were a part of the Second British Invasion of the US driven by MTV. Their debut studio album The Hurting was released in 1983. The album reached #1 on the UK Albums chart and was certified Platinum in the UK and Gold in the US. Their 1985 album Songs from the Big Chair reached #1 in the US, Germany, and The Netherlands and #2 in the UK and New Zealand. The album was certified 7x Platinum in Canada, 5x Platinum in the US, and 3x Platinum in the UK. Their third album The Seeds of Love in 1989 was #1 in the UK and reached the Top 10 in the US, France, Germany, the Netherlands, Switzerland, Sweden, New Zealand, and Italy. Their two biggest hits were "Shout" and "Everybody Wants to Rule the World" which both reached #1 on the US Billboard 200. Tears for Fears has sold more than 30 million albums worldwide and over 8 million in the US. Smith has also released the solo albums Soul on Board, Mayfield, Halfway, Pleased, and Deceptively Heavy.