How much is Crystal Gayle Worth?

Crystal Gayle Net Worth: Crystal Gayle is an American country music performer who has a net worth of $10 million dollars. Best known for her 1977 country-pop crossover hit song, "Don't It Make My Brown Eyes Blue", Gayle has been leading a successful singing career since 1970. Born Brenda Gail Webb on January 9, 1951 in Paintsville, Kentucky,she was raised in Wabash, Indiana, U.S. as her parents moved there, at the age of four. She is the youngest of eight children of a very poor family. Loretta Lynn's sister, she was inspired by Lynn to learn how to play the guitar and perform backup for her brother´s band. Upon graduating from High School, Brenda signed for Decca records in 1969. Decca Records already had a recording artist with the name Brenda, so her sister suggested she change it to Crystal, and so Crystal Gayle became her stage name. Gayle´s debut single; "I´ve cried (The Blue Right of My Eyes)" reached #23 on Billboards Country chart. After not wanting to meet Decca´s imposition of style, Gayle resigned and joined United Artists. Her first album, self-titled, was released within 1974 and spawned her 1st Top 10 country hit song, "Wrong Road Again". Ever since she had achieved the 1st of her 20 #1 hit by 1976. Even though her musical style is country, Gayle´s most successful hit was a jazz song titled: "Don´t It Make My Brown Eyes Blue" as it topped the U.S. chart for four weeks. Gayle went on to record more hit songs and winning Grammys. She was ranked 32 at the CMT list of 40 Greatest Women in Country History. 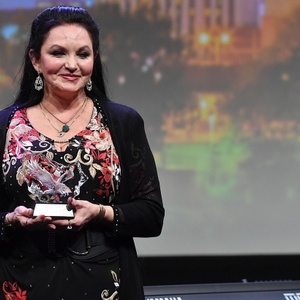