Crystal Bowersox Net Worth: Crystal Bowersox is an American singer/songwriter who has a net worth of $600 thousand. Born August 4, 1985 in Elliston, Ohio, Crystal Bowersox is best known as the runner-up on the ninth season of American Idol. She was the first female finalist in three years. Her debut album, Farmer's Daughter, was released on December 14, 2010 by Jive Records.

Bowersox released her second album, All That for This, on March 26, 2013. In her early years, she was in choir and played flute in the school marching band. Bowersox performed her first professional gig at the age of 10. She appeared at local bars in Toledo, most popularly Papa's Tavern and The Village Idiot in Maumee, Ohio. At the age of 17, she moved to Chicago looking for opportunity and most commonly played as a busker (street performer) at several train stations, including the Washington and Lake Redline stops. She frequented open mics, such as the Uncommon Ground Clark and Grace, and Devon locations. She also played extensively in Chicago's Lakeview neighborhood. In 2006, the Chicago Department of Cultural Affairs chose Bowersox to represent Chicago folk musicians in the Sister Cities program Experience Chicago, held in Birmingham, England. In 2007, Bowersox traveled internationally on an independent small cafe tour, including Memphis, Tennessee, Oaxaca, Mexico, and Ankara and Istanbul, Turkey. Bowersox was cast in the Broadway production of Always to play Patsy Cline in 2014. 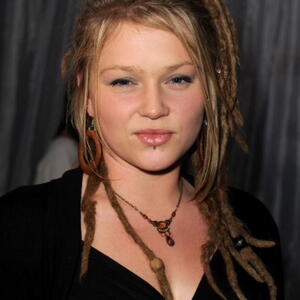