Cris Judd Net Worth: Cris Judd is a choreographer and actor who has a net worth of $1 million. Although Judd is an accomplished actor, dancer, and choreographer, he is perhaps best known for his 1-year marriage to Jennifer Lopez, which ended in 2003. He started his dance career in the early 90s before performing on stage with touring artists such as Michael Jackson, Celine Dion, N'SYNC, Enrique Iglesias, and many others.

Judd then became known as a talented dance choreographer, working with several artists to create a range of memorable music videos. Cris contributed to music videos released by artists like Usher, Brian Seter Orchestra, Angie Martinez, Ja Rule, and Julio Iglesias. His work as a choreographer eventually put him in contact with Jennifer Lopez, and the two developed a relationship. Even after the pair had split, Judd continued to work as a back-up dancer for Lopez.

Early Life: Cristan Lee Judd was born on August 15th of 1969 in Abilene, Texas. Judd grew up in a military family, and the Air Force eventually moved him and his parents to Angeles City in the Philippines and Hawaii, where he was raised on various Air Force bases. Judd's father is Portuguese, while his mother is Filipina.

Eventually, Cris and his family settled in Niceville, Florida. Judd attended high school and became interested in various athletic pursuits. Although he loved surfing, Cris became especially passionate about golf, and even considered a professional career in the sport before attending college instead.

Dance Career: By the age of 21, Cris was focused on a career as a dancer. His first work was with Disney, although he was quickly hired by Michael Jackson as a back-up dancer during the 1995 Video Music Awards. Cris continued to dance for Jackson throughout the HIStory Tour and eventually earned the rank of lead dancer. In 1999, he was hired by Celine Dion to dance at the Billboard Music Awards.

In 2000, Cris also performed with N'SYNC. To wrap up a successful year, Judd danced alongside Enrique Iglesias and Brian McKnight for the song "That Thing You Do" at the Academy Awards. Later that year, Cris worked with choreographer Eddie Garcia to help develop Jordan Knight's 2000 Tour. Eddie Garcia and Cris Judd still work together to this day, and they are some of the most sought-after dance choreographers in the industry. During this period, Judd met J-Lo for the first time after directing her music video for "Love Don't Cost a Thing."

Over the next few years, Judd switched his focus to music videos, working with artists such as Usher and Angie Martinez and choreographing the dance elements on their videos. After finding success in this niche, Cris gained the position of creative director at Handprint Entertainment. He was tasked with handling a $5 million budget to create Jennifer Lopez's NBC concert special "Let's Get Loud."

By this point, his marriage with Lopez was over, but Judd nonetheless continued to work with the pop star as a back-up dancer for her various music videos. Over the next few years, he and Garcia continued to work together on a number of projects, and Judd performed at the 2009 MTV Video Music Awards.

Acting: Judd has made a number of acting appearances over the years. He has booked guest-starring roles in series such as "Unfabulous," "Eve," "Half and Half," and "Everybody Loves Raymond." In addition, Cris has appeared in films such as "Bringing Down the House" and "Goyband."

Cris is also famous for popping up on various reality TV shows. One notable example was in the first season of "I'm a Celebrity… Get Me Out of Here!" He eventually won the entire competition, winning $200,000 that was then donated to the Make-a-Wish Foundation. Although Judd was quite well-known prior to "I'm a Celebrity… Get Me Out of Here," this reality show helped put Judd on the map in many ways. He became a fan-favorite among audiences, and he was voted "king of the jungle" in a poll.

In 2006, Judd became the host of the reality show "Dirty Dancing." In 2008, he served as a judge for "Your Mama Don't Dance." Later in 2008, Judd made an unexpected appearance in "Keeping Up with the Kardashians," in which he coached Kris Jenner during a cheerleader tryout.

In 2009, Judd appeared on another reality show called "Bad Girls Club," during which he choreographed a group of female dancers during an adult dance revue at the Luxor hotel. In 2012, he was hired by Melissa Gorga as a choreographer during one notable episode of "The Real Housewives of New Jersey." Judd popped up once again in a 2013 episode of "New Zealand's Got Talent."

Relationships: Judd first met Jennifer Lopez in 2000, and the pair worked together on the music video for "Love Don't Cost a Thing." Judd directed the music video and performed as a dancer, and the two developed a romantic relationship. Over the next period, Judd and Lopez continued to work together on various projects. Cris composed a song for the film "Alive," which starred Lopez.

Although the pair were married in 2001, they ended things less than a year later. Immediately after the divorce, Lopez and Judd announced that they had resolved all of their issues and that the split was amicable. They remain good friends to this day, according to a number of sources. In 2009, Cris Judd married a woman named Kelly A. Wolfe. In 2013, they welcomed their first child into the world. 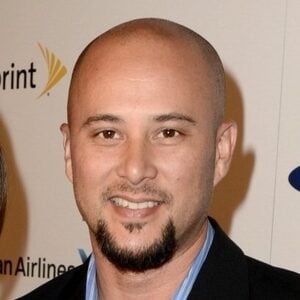