How much is Cosculluela Worth?

Cosculluela net worth: Cosculluela is a Puerto Rican singer who has a net worth of $10 million. Jose Fernando Ronaldo Cosculluela Suarez was born in Humacao, Puerto Rico in October 1980. He started making underground mixtapes at 16 years old and was discovered by Reggaeton producer Buddha in a San Juan studio. He first appeared on Don Omar's Bandoleros and on Buddha's Family 2 in 2006 with the hit single "Te Va A Ir Mal". He released his debut studio album El principe (which is also one of his nicknames) in 2009. The album peaked at #3 on the Billboard Top Latin Albums chart and contained the hit singles "Na Na Nau", "Plaka Plaka", and "Prrrum". The album also hit #1 on the Billboard Rap Albums chart. His second album El Principe: Ghost Edition was released in 2010. The album contained "Prrrum" remixes featuring Nardo Ranks and Wisin & Yandel. His album El Nino was released in 2012 and featured Wisin & Yandel and Los Mafiaboyz. The album featured the singles "Si Tu No Estas", "Sonando Despierto", and "Rompan Fila". He also released the mixtape War Kingz in 2012 and the albums Santa Cos and Teflon Face in 2014. 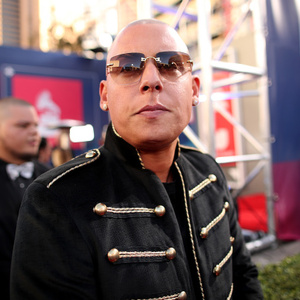