Cory Wells net worth: Cory Wells was an American singer who had a net worth of $4 million. Cory Wells was born in February 1941 in Buffalo, New York and passed away in October 2015. He was best known as one of the three lead vocalists in the band Three Dog Night.

Wells served in the United States Air Force directed out of high school. He formed the band The Del-Vikings while in the Air Force and they had a national hit with the song "Come Go with Me". Wells was one of three vocalists along with Chuck Negron and Danny Hutton in Three Dog Night. The group had hits with the singles "One", "Mama Told Me (Not to Come)", "Joy to the World", "Black and White", and "The Show Must Go On". Three Dog Night had 21 hit singles, 11 Top Ten hits, and 12 consecutive gold albums. Hutton left the group in 1976 and the group disbanded in 1977. They got back together in the early 1980s and continued until 2015 when two of its members passed away. Cory Wells passed away on October 20, 2015 at 74 years old after battling a form of blood cancer. 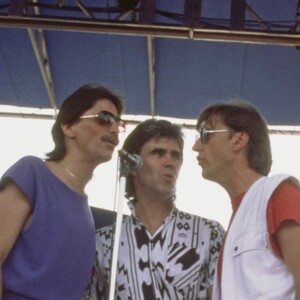