Corinne Bailey Rae net worth: Corinne Bailey Rae is a British singer-songwriter and guitarist who has a net worth of $8 million. Corinne Bailey Rae earned her net worth from her many hit songs, albums and song writing. Born as Corinne Jacqueline Bailey, on 26 February 1979, in Leeds, West Yorkshire, England, she emerged in 2006 and burst onto the British music scene as one of the most promising UK vocalists of the new millennium. With the release of her debut album, Corinne Bailey Rae, in February 2006, Bailey made history becoming the fourth British female to have her first album debut at number one. The following year, she got three Grammy Award and three Brit Award nominations, as well as she fetched two MOBO Awards. The accolades were justified with the release of her second album, The Sea, in January 2010, which also got nominated for the 2010 Mercury Prize for Album of the Year. More recognition followed as she won a Grammy Award for Best R&B Performance for Is This Love in 2012. While her two albums have sold over five million copies worldwide, the best of Bailey is probably yet to come. Off the music stage, she was married to fellow musician Jason Rae from 2001 until his death in 2008. The enormous grief she felt was channeled into her music. 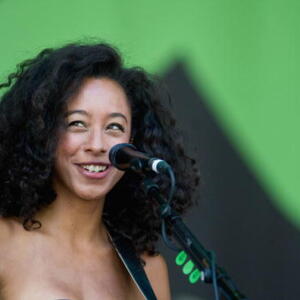