Corbyn Besson net worth: Corbyn Besson is an American singer and songwriter who has a net worth of $2 million. He is best known for being part of the boy band Why Don't We.

Corbyn Besson was born in Dallas, Texas in November 1998. He began playing the guitar at 12 and is popular on YouNow. The group Why Don't We formed in 2016. They released their debut studio album 8 Letters in 2018. The album reached #9 on the Billboard 200 chart and #10 in Australia and #15 in Canada. They have released several extended plays including A Why Don't We Christmas which reached #1 on the US Heatseekers chart in 2017. The group's singles include "8 Letters" and "Fallin' (Adrenaline)". They were featured on the Logan Paul single "Help Me Help You". Besson released the single "The Only One" in 2014 and has dated YouTuber Christina Marie. His cousins are the Dutch girl group O'G3NE. 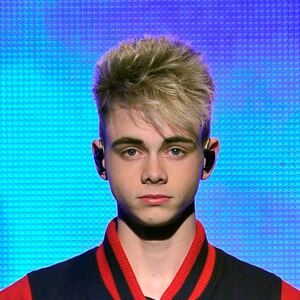