In his New Jersey home (where his family had moved), he grew up along with various sounds of music, from Frank Sinatra to Guns N' Roses. It was in 1999, when Constantine joined Boston Conservatory of Music, receiving a degree in musical theater three years later. Soon enough he became an apprentice at the Williamstown Theater Company, where he grabbed director's attention and thus landed the part of AIDS-stricken musician Roger Davis in the international production of Rent. At the time, he was also the singing lead for the band Pray for the Soul of Betty. In 2005, he was among the chosen contestants for the fourth season of the popular reality television series American Idol. He ended up as the sixth-place finalist on the show, in which he wooed and wowed fans with his good looks and rock-star attitude. Prior to making a name for himself as an American Idol favorite, Maroulis competed on the dating show elimiDATE (syndicated, 2001-06) and starred as an extra on the crime drama Law & Order (NBC, 1990-2010). After more theater stints and a recurring role on the soap opera The Bold and the Beautiful, he saw the release of his debut album, Constantine, in August of 2007. 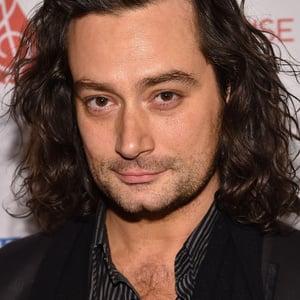