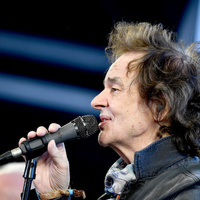 Colin Blunstone net worth: Colin Blunstone is an English singer, songwriter, and musician who has a net worth of $3 million. Colin Blunstone was born in Hatfield, Hertfordshire, England, United Kingdom in June 1945. He was the lead singer of the rock band The Zombies and then had a solo career. The Zombies formed in 1962 and released their debut self-titled studio album in 1965. That album reached #39 in the US. The band released the albums Odyssey and Oracle in 1968, New World in 1991, As Far as I Can See… in 2004, Breathe Out, Breathe In in 2011, and Still Got That Hunger in 2015. Their single "She's Not There" reached #1 on the US Cashbox chart and #2 in the US and Canada. The Zombies had another hit with "Time of the Season which reached #1 on the US Cashbox and in Canada and #3 in the US. Colin Blunstone released his debut solo album One Year in 1971 and released the albums Ennismore in 1972, Journey in 1974, Planes in 1977, Never Even Thought in 1978, Late Nights in Soho in 1979, Echo Bridge in 1995, The Light Inside in 1998, Out of the Shadows (with Rod Argent) in 2001, The Ghost of You And Me in 2009, and On The Air Tonight in 2012.

Despite being enormously successful, when Colin left the Zombies in the late 1960s he had less than $1000 to his name and was still living with his parents. He struggled with money and worked relatively menial jobs to make ends meet through the 1980s, at one point living in a friend's spare bedroom.