Colbie Caillat Net Worth: Colbie Caillat is an American musician who has a net worth of $9 million. Colbie Caillat was born in Malibu, California, in 1985, and realized she wanted to be a singer when she was in middle school. Caillat, who was twice rejected by "American Idol", learned the acoustic guitar when she was 19 years old and recorded her first song.

She used social networking site Myspace to help attract a fan base. Caillat's debut album, "Coco", released in 2007, and the first single off the record, "Bubbly", climbed to number five on the Billboard charts. She then toured with Lifehouse, The Goo Goo Dolls, and John Mayer. She has since released three more albums: "Breakthrough", "All of You", and "Christmas in the Sand". Her fifth album is expected in 2014. Some of her most popular songs include "Brighter Than the Sun", "Lucky" with Jason Mraz, "I Never Told You", and "Fallin' For You". Caillat has appeared on several TV shows, including "The Playboy Club", "So Random!", and "Majors & Minors". She wrote the song "We Both Know" with Gavin DeGraw for the "Safe Haven" soundtrack. Caillat has sold more than six million records around the world. She has been nominated for four Grammy Awards, winning Best Pop Collaboration with Vocals for "Lucky" with Jason Mraz and "Breathe" with Taylor Swift, and Album of the Year for "Fearless" as one of Swift's featured performers. 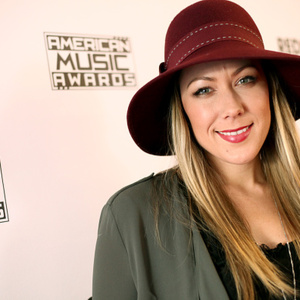