Clint Black net worth: Clint Black is an American country music singer-songwriter, record producer, multi-instrumentalist and occasional actor who has a net worth of $25 million. Clint Black has earned his net worth from such hit singles as "A Better Man", "Killin' Time", and "Burn One Down". Black was born on February 4, 1962 in in Long Branch, New Jersey the youngest of four children he was raised in Houston, Texas.

He learned to play the harmonica before he was 13, and at 14 he wrote his first song. Then at 15 he began learning how to play the guitar, his three older brothers had a small band which Clint joined as a teenager. He has released 12 studio albums as a solo act, he has also appeared in movies including; the 1994 film Maverick, as well as a starring role in 1998's Still Holding On: The Legend of Cadillac Jack, Anger Management in 2003 and Montana Christmas Skies in 1991. He has been married to actress Lisa Hartman since October of 1991. The couple's only child Lily Pearl Black was born in May 2001. He received a star on the Hollywood Walk of Fame in 1996; he was the fourth country music singer to earn this honor. He the Academy of Country Music's male vocalist of the year in 1989, he also won the Top New Male Vocalist Award, Album of the Year for "Killin' Time" as well as Single of the Year for "A Better Man" all in 1989. In 1990 he won the American Music Award for Favorite Country New Artist. The Country Music Association bestowed him with the 1989 Horizon Award and the 1990 Male Vocalist of the Year. 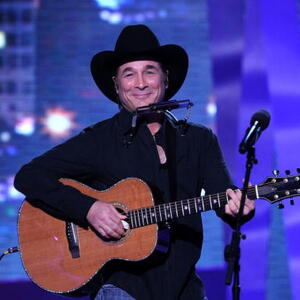