How much is Clay Walker Worth?

Clay Walker net worth: Clay Walker is an American country music artist who has a net worth of $8 million dollars. Born Ernest Clayton Walker, Jr. on August 19, 1969 in Beaumont, Texas, Clay Walker made his debut in 1993 with his single What's It to You, which hit #1 on the Billboard Hot Country Singles & Tracks chart, as did his 1994 follow-up Live Until I Die. Clay Walker has released a total of 11 albums, including a greatest hits edition and a Christmas collection. His first four albums went platinum and his greatest hits edition and fifth album went gold. He has charted 30 country singles, six of which went #1. Clay Walker was discovered by record producer James Stroud, who was also the president of Warner Music Group's subsidiary Giant Records. Walker was signed to Giant in late 1992. Just after Walker completed his fourth album, Rumor Has It, he was playing basketball with a friend when he experienced symptoms of numbness, facial spasms and double vision. Walker was diagnosed with multiple sclerosis (MS) and immediately changed his diet and treated the disease through a doctor's care and managed to put the disease into remission. In May 2002, Walker left Warner Bros. for Nashville's division of RCA Records, where he only remained for a year, moving to his third record label, Asylum-Curb (a division of Curb Records). Early in his adult life, Walker married rodeo queen Lori Jayne Lampson and they had two daughters, MaClay DaLayne (1996) and Skylor ClayAnne (1999). The couple divorced in 2003. He then married Jessica Craig (2007) and had three more children: William Clayton (2008), Mary Elizabeth (2009) and Elijah Craig (Father's Day 2013). 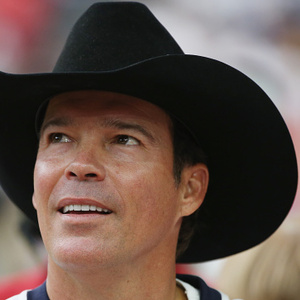