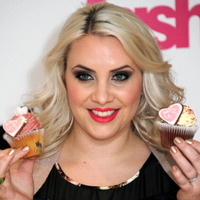 Claire Richards Net Worth: Claire Richards is an English singer-songwriter and dancer who has a net worth of $500 thousand. Claire Richards first left a mark in the world of entertainment as the lead singer of the pop group Steps. She performed with the group from 1997 until 2001 when Richards left the combo who entirely split shortly after. A decade later, the band reformed and went on a comeback tour, after which they released a hits collection. It came to light right after their fourth studio album "Light Up The World" that was released in November 2012. Aside from her work with the Steps, Claire Richards also led a solo career and she was a contestant on the second series of Popstar to Operastar. Thanks to her vocal range of a soprano, she almost made it to the semifinals at the singing competition. Furthermore, Richards entered the reality show Celebrity Big Brother on Jnauary 3, 2013 and landed the fourth place.