Cindy Wilson net worth: Cindy Wilson is an American singer and songwriter who has a net worth of $5 million. Cindy Wilson was born in Athens, Georgia in February 1957. She is best known for being one of the founding members of the band the B-52's. The band formed in 1976 and released their self-titled debut studio album in 1979 which reached #3 in New Zealand and #7 in Australia.

The B-52's released the album Wild Planet in 1980 and the album reached #3 in New Zealand and #18 in the US and the UK. They released the albums Whammy! In 1983 and Bouncing off the Satellites in 1986. Their album Cosmic Thing was released in 1989 and reached #1 in Australia and New Zealand and #4 in the US. The band also had success with their albums Good Stuff in 1992 and Funplex in 2008. Their first single "Rock Lobster" reached #1 in Canada. The band's single "Love Shack" reached #1 in Australia, Ireland, and New Zealand as well as #2 in the UK and #3 in the US. Their singles "Roam" and "(Meet) The Flintstones" were also successful. 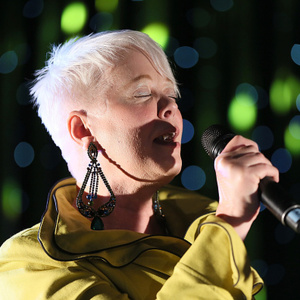