Herron appeared in the musical revue Showtune and was named Miss San Francisco 1986 and finished 2nd Runner Up in the 1986 Miss California Pageant. She was also named Miss Black California. As an actress she appeared in the movies Juice, Batman Forever, and Lexie. En Vogue formed in 1989 in Oakland, California. The group has won more MTV Video Music Awards than any other female group, with seven. They have also won five Soul Train Awards and six American Music Awards as well as being nominated for seven Grammy Awards. Billboard magazine listed En Vogue as the 18th most successful act of the 1990s. They have released six studio albums and their 1992 album Funky Divas reached #1 on the US R&B chart and #8 on the Billboard 200. The album was also certified 3x Platinum in the US. The group's most popular hits include "Hold On", "My Lovin' (You're Never Gonna Get It)", "Giving Him Something He Can Feel", "Free Your Mind", "Whatta Man", "Don't Let Go (Love)", and "Whatever". 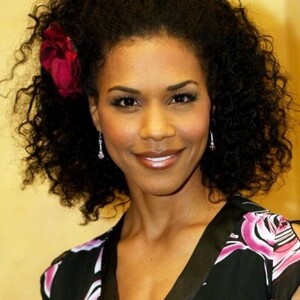