Cindy Birdsong net worth: Cindy Birdsong is an American singer who has a net worth of $500 thousand. She is best known for being a part of the Supremes and Patti LaBelle & the Bluebelles. She joined the Supremes in 1967 after founding member Florence Ballard was removed from the group.

Cindy Birdsong was born in Mount Holly Township, New Jersey in December 1939.  Birdsong was an original member of the female singing group LaBelle, which became known as The Bluebelles and Patti LaBelle and the Bluebelles. She was featured on the popular singles "I Sold My Heart to the Junkman", "Down the Aisle (The Wedding Song)", and "You'll Never Walk Alone". Birdsong left to replace Florence Ballard in The Supremes. The group had #1 albums with Where Did Our Love Go in 1964, I Hear a Symphony and The Supremes A' Go-Go in 1966, The Supremes Sing Holland-Dozier-Holland in 1967, and Diana Ross & the Supremes Join The Temptations in 1968. The group had #1 singles with the songs "Where Did Our Love Go", "Baby Love", Come See About Me", Stop! In the Name of Love", "Back in My Arms Again", "I Hear a Symphony", "You Can't Hurry Love", "You Keep Me Hangin' On", "Love Is Here and Now You're Gone", "The Happening", "Love Child", "I'm Gonna Make You Love Me", "Someday We'll Be Together". Birdsong later worked as a nurse at the UCLA Medical Center. 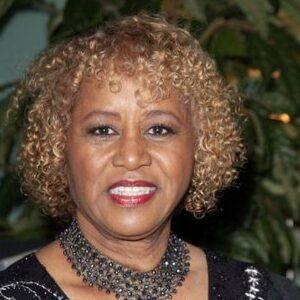