What is Ciara's net worth?

Ciara is an American singer and songwriter who has a net worth of $20 million. Also known by her alter-ego, "Super C," Ciara has enjoyed a long and fruitful career. In addition to singing, Ciara has proven to be a talented model, songwriter, and dancer. Her singles have reached the top ten Billboard Top 100 spots eight times. Ciara is also an established actress with a number of credits under her belt. She has won numerous awards, including three BET Awards, three MTV awards, three, MOBO awards, and one Grammy. She has been nominated many more times for various awards.

In 2015, it was reported that Ciara had sold over 23 million records worldwide. Although record sales make up a significant portion of Ciara's net worth, she generates income from a variety of sources. This includes acting roles, touring, and perhaps most notably, brand endorsements. In the past, she has worked with major brands such as Adidas, Roca Wear, Verizon, and more.

Ciara was born Ciara Princess Harris on October 25th of 1985. Ciara is an "army brat," which means she was born into a military family. Because of this, she spent much of her younger years traveling. Her family was stationed in Germany for a period of time, and she also moved frequently throughout the United States. Before Ciara reached her mid-teens, she had lived in New York, Utah, California, Arizona, and Nevada. Allegedly, she was named after a Revlon perfume called "Ciara."

Eventually, Ciara's family would settle in Atlanta. In her mid-teens, Ciara was able to make lasting friends and connections, and she formed an all-girl pop group called "Hearsay." The group would never make it big, but it was a valuable experience that inspired Ciara to pursue a future music career.

Before Ciara had even graduated from high school, she was writing songs for prominent musicians such as Blu Cantrell and Fantasia Barrino. Becoming involved with the music industry allowed her to make more valuable connections. She met Jazze Pha, a producer who would encourage Ciara to record her own songs. With the help of her new networking connection, Ciara recorded songs that would later appear on her debut album.

After graduating from high school in 2003, Ciara was ready to fully pursue her own career in music. After meeting with a major record label executive through Jazze Pha, she signed with LaFace Records. Soon enough, she began work on her debut album. A handful of songs, including "1, 2, Step" and "Thug Style" had already been recorded during her high school years. She added to the album with a song featuring Lil Jon. The song, called "Goodies," would become one of Ciara's most successful hits. "Goodies" also became the title of Ciara's debut album.

In 2004, Ciara's first album was released. It was a major success, shooting straight to number three on the US Billboard top 200. "Goodies" went three times platinum in the U.S., and sold almost 130,000 units in the first week after release. The album's title track performed especially well. After the success of this hit, Ciara earned the moniker "First lady of Crunk." The song "Goodies" has been compared to a female version of Usher's
"Yeah."

After the release of her debut album, Ciara joined forces with many other major artists. She featured on singles by Missy Elliott and Bow Wow. She also toured with Gwen Stefani and Chris Brown. 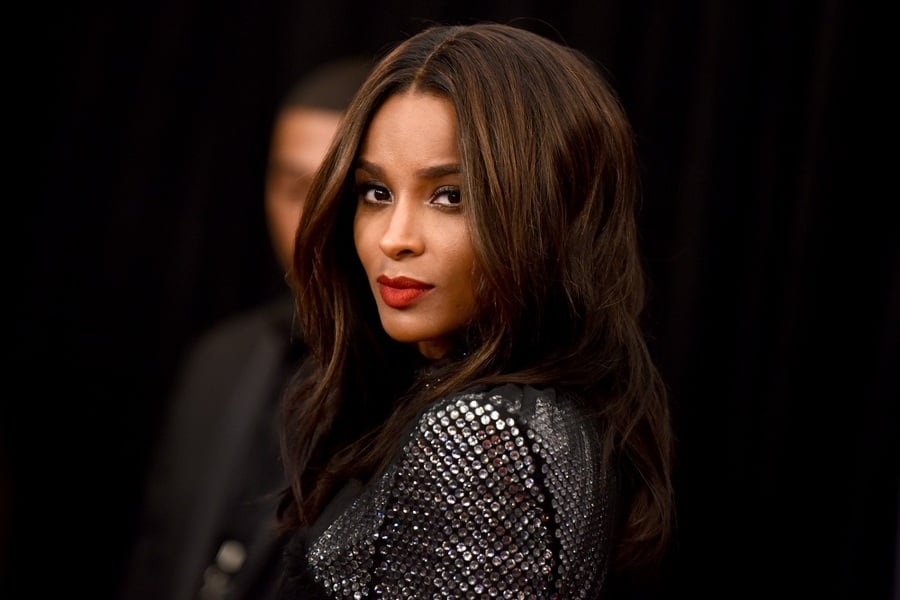 2006 saw the release of Ciara's second album, "Ciara: The Evolution." The album reached the same level of success as her debut. The song "Get Up" featuring Chamillionaire was used in the soundtrack of the film Step Up. After a period of touring with other musicians such as T.I., Ciara began her acting career. Her first role saw her playing a teen volleyball player in an MTV movie called All You've Got.

Ciara's third album, "Fantasy Ride," had unprecedented levels of international success, most notably in the UK and in Canada. This was probably due to the album's shift blending of R&B and Hip-Hop with a more mainstream, pop sound. The album features collaborations with artists like Young Jeezy and Justin Timberlake. She spent the next period touring with artists like Britney Spears and Jay-Z. She also collaborated with artists like Ludacris and Pitbull on various songs.

Ciara's next album was "Basic Instinct." Although the album wasn't as successful as her previous entries, it nonetheless contained many high-performing hits. After a long wait, Ciara released her fifth album in 2013. The album was simply called "Ciara." During this period, Ciara focused heavily on acting. She appeared in a handful of movies and played herself in BET's The Game. Ciara's sixth album was entitled "Jackie," and it was released in 2015. It did not perform as well as her previous albums.

Ciara has been romantically involved with a number of high-profile celebrities, including 50 Cent, Bow Wow, and Amar'e Stoudemire. She was also engaged to Future at one point, and the two musicians had a child together. The engagement was called off in 2014. She has been married to Seattle Seahawks quarterback Russell Wilson since 2016. The couple had a child together in 2017. In January of 2020, they announced that they were expecting a second child.

Ciara has increased her fortune by becoming involved with various brands as part of advertising deals. She became the face of a major ad campaign by Verizon Wireless in 2009 to promote their smartphone, the Chocolate Touch. In 2010, she became a spokesperson for Adidas Originals. She was also used to promote Jay-Z's clothing line, Rocawear. In 2016, she also became a global brand ambassador for Revlon – the same brand that launched a fragrance entitled "Ciara" back in 1973. 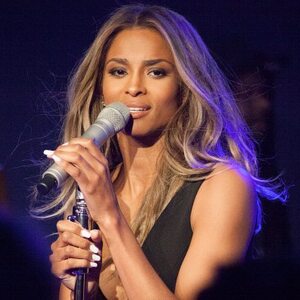