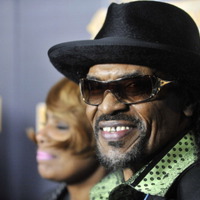 Chuck Brown net worth: Chuck Brown was an American singer and guitarist who had a net worth of $200 thousand. Chuck Brown was born in Gaston, North Carolina in August 1936 and passed away in May 2012.. He was known as the "Godfather of Go-go" which is a subgenre of funk music that was developed in the Washington, D.C. area in the mid to late 1970s. His family moved to Washington, D.C. when he was six years old and by 15 Brown was living on the streets. He did odd jobs for money including shining shoes. Brown was convicted of murder and served eight years although he claimed self-defense. In prison he traded cigarettes for a guitar and learned how to play. After serving his time he worked as a bricklayer, truck driver, and sparring partner at boxing gyms. He started to perform at parties but was not allowed to play anywhere that served liquor due to his parole officer. Brown released many albums starting with We the People by The Soul Searchers in 1972. His latest album Beautiful Life was released in 2014. Brown was featured on the HBO documentary Sonic Highways with the Foo Fighters in 2014. Chuck Brown passed away on May 16, 2012 at 75 years old from multiple organ failure.