Christofer Drew Ingle Net Worth: Christofer Drew Ingle is an American indie singer who has a net worth of $500 thousand dollars. Born February 11, 1991 in Joplin, Missouri, Christofer Drew Ingle calls his musical effort Never Shout Never. His unique, 'emo' love tunes sometimes feature him accompanying himself with a ukulele. In an interview with Lehigh Valley Music he was asked how he managed to get the attention of MTV's TRL (Total Request Live) and Ingle responded by saying, "I think my booking agent hooked it up, and I don't really know how that worked-it was really last minute.

His appearance on TRL launched his song Bigcitydreams to No. 1 on the Hot Singles chart. He also said that, though he signed a record deal with Warner Bros. Records, they allowed him to develop his own label and gave him the freedom to launch side projects. During the same interview, when the interviewer made the observation that Ingle seemed "fearless", Ingle responded, "…I love different sounds…I like to experiment with new ones…". About his fans, Ingle says, "…I think it has a lot to do with my haircut, honestly…they're (kids) more image-based kind of kids, and I get that. As I move on as a musician, I feel like some older kids are starting to get into it now…". Ingle is reportedly a strict vegan, supports gay marriage and is a left-hander who plays right-handed guitar. 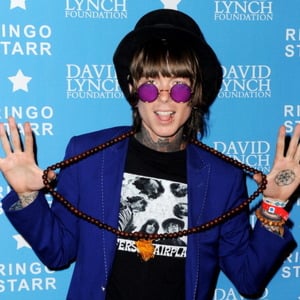