Christine Andreas net worth: Christine Andreas is an American Broadway actress and singer who has a net worth of $5 million. Christine Andreas was born in Camden, New Jersey in October 1951. She debuted on Broadway in a revival of Angel Street in 1975. Andreas starred as Eliza Doolittle in 1976 in the 20th Anniversary production of My Fair Lady and she won three Theatre World Awards for the role.

She has also starred in productions including Oklahoma! as Laurey in 1979 for which she was nominated for a Tony Award for Best Actress in a Musical, On Your Toes in 1983 which she was also nominated for a Tony Award for Best Featured Actress in a Musical, The Scarlet Pimpernel in 1997, Rags in 1986, and more. In 1991 she starred as Dr. Taylor Benson on the soap opera Another World. Christine Andreas also appeared in episodes of the TV series The Cosby Show and Law & Order: Special Victims Unit as well as in the TV movie Love and Betrayal: The Mia Farrow Story. 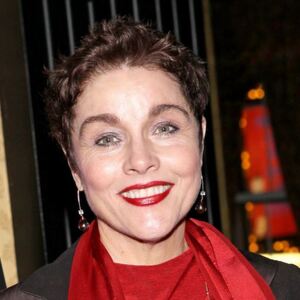